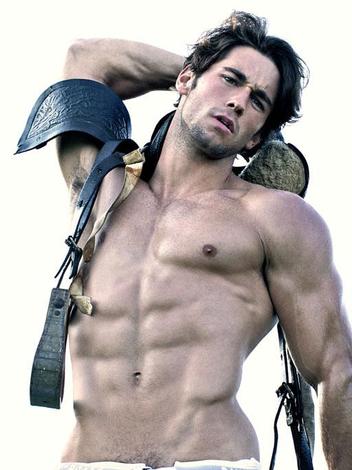 
The god of war, Ares was born in Thrace which is one of the reasons Kyrian worships him. The fact that Kyrian was never defeated in battle is another.
In ancient Greece, it was believed he traveled with Eris (Discord), Strife, Phobos (Terror), Metus (Fear), Demios (Dread), Pallor (Terror), Enyo (War), and the Mache (who appeared in One Silent Night).

Ares (Mars)Greek god of War; the son of Zeus and Hera. Born in Thrace. Ares is not exactly what
you would call a benevolent god... after all, not even his parents like him. He is a mercenary, fighting for
any side no matter what the cause, reveling in the sound of battle, delighting in danger.
The Romans, who glorified war and battle, liked Mars (Roman for Ares) much better than the Greeks
liked Ares (Homer had thecojones to call him a coward). He was never to them the mean, wining deity
of theIliad, but a magnificent and invincible warrior.
Ares has been defeated in battle by his sister Athena (twice), Heracles (Hercules), and the sons of
Aloeus.
BIRD: vulture
ANIMAL: dog