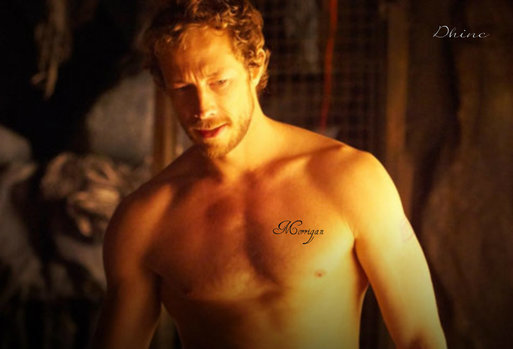 Other Facts: He was in the service of Dagda originally and then when he died he moved to Morrigan, they became lovers since, split apart for a century to come back as now mates. He would do anything for Morri and her family. He considers Tryston his son and Serenity his daughter but doesn't want to pressure her to do anything she doesn't want to do.


​
I am Morrigan's Personal Secretary and loyal body guard. I was also her constant companion over the centuries since Dagdha had died. I will do anything to keep My Goddess safe and alive. She is the one I'd protect with my life. I'd do anything and everything My Goddess asks of me.

Derek has known Morrigan since before the death of Dagda, he was once of Dagda's guards. When Dagda died he became Morrigan's. They had fallen in love from there, they were separated for about a century and came back their passion still around with a vengeance. Now they are bonded mates and nothing will separate them.