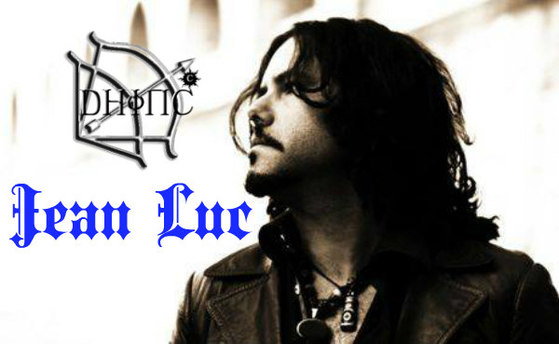 Jean-Luc was born the son of a French sailor and a seamstress. At age thirteen he joined the French Navy like his father before him. By the age of sixteen he had decided that the Navy held no appeal for him (he hates aristocrats and he wanted to be his own captain--he doesn't follow orders very well), so he jumped ship in Barbados and signed on board a pirate crew.

By age twenty-three, he was the scourge of the Barbary Coast. Under the name of Jean-Luc St. Noir, he struck fear into the hearts of all merchant and naval captains who dubbed him Le Mort Noir (the Black Death).

He died when he was betrayed by his second-in-command who had bargained not only Jean-Luc's life, but those of all his crew. Jean-Luc stayed behind to fight the Spanish who had ambushed them on shore while his men escaped to the safety of his ship. Because of his loyalty to his men and willingness to die for them, he became an instant legend to all pirates and a standard by which other captains were measured. In no time, the pirates named him their patron saint. It is said that anytime a pirate was under siege or about to die, you could hear him cry "Deliver me, St. Noir".