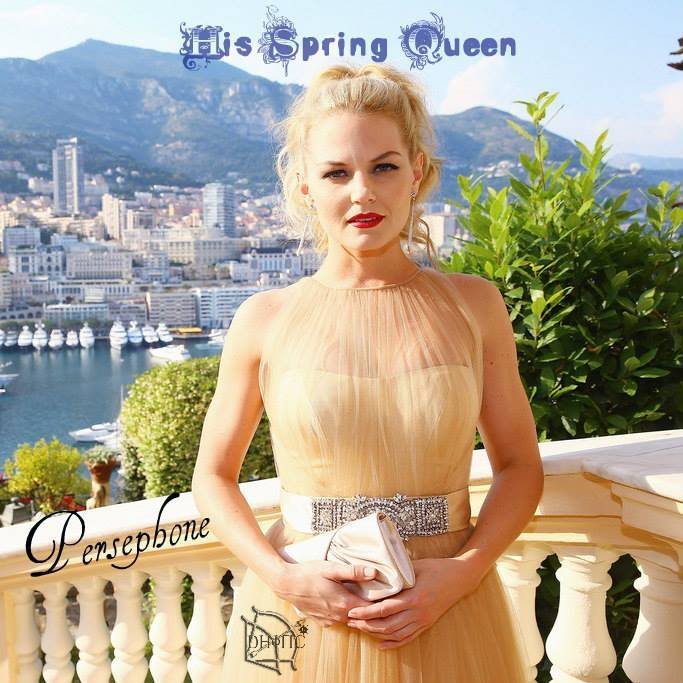 Persephone was one of the most beautiful of women. All men wanted her and Hades was no exception. One day, while she was swimming, he abducted and charmed her pants off. But their bliss was short-lived.

Demeter, her mother, refused to let their be any harvest or sunshine while her daughter was missing. Knowing the earth and humans were about to end, Zeus sent Hermes to tell Hades to release Persephone or else.

Hades doesn’t like ultimatums. Before he released her, he gave her a pomegranate to eat. Something that would force her to return to him (some say she ate on her own). Demeter wasn’t happy and whenever Persephone is with Hades, she mourns her daughter’s absence and thus creates out winter. The stories on how long Seph is gone varies depending on the ancient Greek writer. Anywhere from 4-9 months.

In the DH world, it’s 9 and Hades is beside himself the entire time.

The bushes rustled before a small woman wiggled out from between them. Geary hid her smile as a very petite and extremely beautiful blond woman stood up. Dressed in dark green overalls and a white t-shirt, she had dirt smeared across one cheek and on the tip of her nose. Her hands were covered by large gardening gloves while green and brown leaves were stuck in her upswept hair that still managed to be breathtaking on her. She slung her hands out and sent the gloves flying to the ground.

“Hi, Kat,” she said as if completely unperturbed by the fact they’d overheard her complaints. “What’s up?”

“I wanted…” Kat’s voice trailed off as a small set of flowers started to move toward the woods.

Persephone blasted them with some kind of energy from her hands. She laughed then sent her gloves to go pull up more flowers.

“What are you doing?” Kat asked with a frown.

“Revenge,” Persephone said proudly. “It’s a small revenge, granted, but it’s these little things in life that mean so much.”