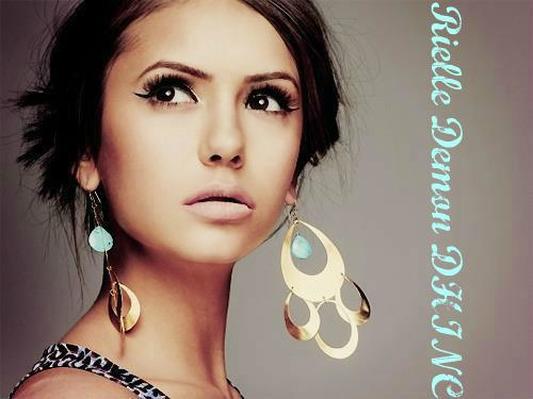 There is very little known about Rielle. She was born and raised in Azmodea. Her mother, a demon sorceress serving Azura and Noir, met and fell in love with a demi-demon, a man who’s father was a demon who fell in love with a human. When Azura and Noir found out about him they had him killed, not wanting him to influence the young demonness Rielle, his daughter. Rielle was raised not knowing her father, with the influence of Noir and Azura for company, her mothers love however kept a part of him a live. It is not clear how much of her father Rielle has, but it is very possible that she is more human than Azura and Noir would like. Rielle’s mother was ordered killed, leaving her books of learning and her amulet to her daughter, and also leaving her daughter in Azura’s “loving care”. Azura raised her and she became her favorite pet.

Rielle worshipped and loved Azura and Noir as they were the only family she had. When the Gallu entered Azmodea she discovered just how much she hated those demons. While Rielle loved Azura and Noir she relied on Jaden, her best friend, her brother, to lend a new dimension to her growth. He told her all about the humans, peeked her interest and caused her to want to know more about humans and the human realm. When Jaden met and married the Celtic Goddess Morrigan she knew how much they loved each other and kept their secret from Azura and Noir as best she could. It didn’t stop them from finding out though. After months of separation Jaden and Morrigan were forced to separate, Jaden’s soulmate Claire laid a claim to him. Morrigan was left heartbroken and the only real family Rielle knew broke apart. The emotional strain she saw her two favorite people go through, as well as the pain she saw her neice and nephew go through and her own confusion something has awoken inside Rielle, something completely foreign, something no demon should ever have...human emotions. Rielle, having no idea how to deal with these new emotions is up for an emotional rollercoaster.

Rielle is not inherently evil, she has both good and bad qualities. She knows about Azura and Noir’s search for the Malachai and serves them when she has no other choice but this will never stop her from visiting the human realm when she can, from taking part in human experiences and from learning new things from her family. She will protect those she loves at all costs, even if she has to take on the primal beings to do it.