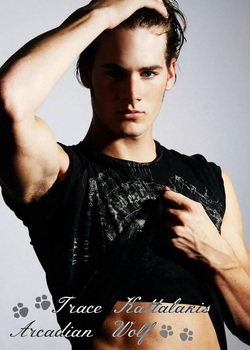 
The son of Vane and Bride, he’s the most spoiled child on the planet. He has grown up with wolves all around him and loves having so many playmates.

He’s slowly getting used to the idea of having a sister. The idea of starting school…

That’s a whole other nightmare he’s not sure about.