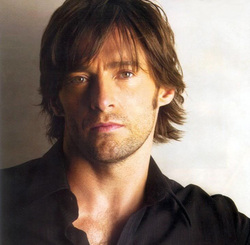 
Kattalakis, VaneArcadian Sentinel, Lykos Were-Hunter, and Aristo. Firstborn of the Kattalakis litter, Vane was born Katagaria but changed to Arcadian at puberty (opposite from his brother Fury). The Arcadians proclaimed him a Slayer on his twenty-fifth birthday, and they have pursued him ever since. The bounty on his head is staggering. As an Aristo his powers are legendary; few Sentinels have dared challenge him. Those who have, paid with their lives.
Vane was doing a favor for the Dark-Hunters (protecting SunshineRunningwolf) when Daimons attacked his pack and slaughtered his pregnant sister, Anya. Their father turned against him because of this. As a result, he and his brother Fang were subjected to the timoria. They were imprisoned in metriazo collars and left to the elements, the alligators, or the Daimons, whichever came first.
As Murphy's luck would have it, it ended up being the latter. Vane managed to save both himself and his brother, but during their escape, Fang was almost fatally wounded by Daimons. Vane took Fang to Sanctuary to recover from his wounds.
Vane worked as a bartender at Sanctuary while Fang was ill, andwas later banished from the safe house for attacking Stefan, whohad come to kill Fang.
Vane was mated to Bride McTierney in 2004. He represents the Arcadian Lykos patria at the Omegrion and, through his brother Fury pretty much represents the Katagaria branch as well.
BORN: a.d. 1463 BIRTHPLACE: Essex, England HAIR/EYES: mottled dark brown/green WERE-FORM: solid white timber wolf FEATURED NOVEL: Night Play