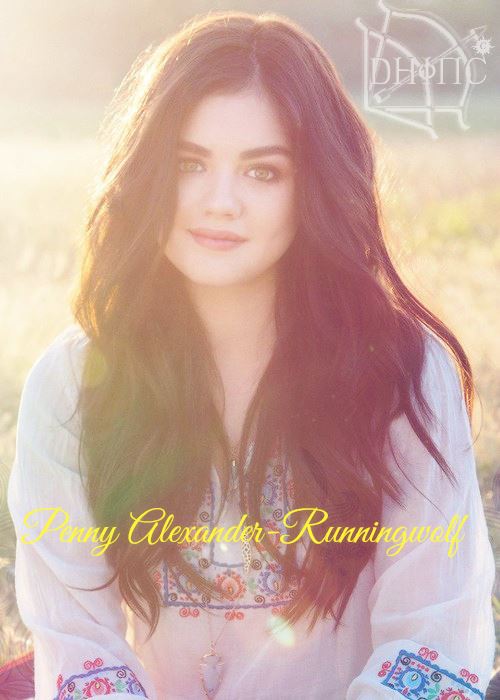 
Penelope Cytherea Alexander-Runningwolf is the second daughter and middle child of Julian and Grace Alexander. Nicknamed Penny, she is 20 years old and currently runs a dance school called "Tiny Tots Dance Studio", teaching 3 to 6 year olds while taking online classes at Tulane University. During her sophomore in high school, she came out to her family as bisexual, thinking they'd freak out. As it turned out, they didn't care; her mother told her she'd already known. She's had one girlfriend, but things didn't turn out as she thought and that summer, she met her now husband, Speirr; son of Talon and Sunshine. They've been together for 4 years, married for two, and on April 1, 2015, gave birth to a beautiful baby girl named Aislinn. Being the granddaughter of a goddess has its perks, such as teleportation and some psychic abilities, such as telepathy and empathy. She can god bolt, but she has to really concentrate to get it right. She is currently pregnant with her second child, and she and Speirr are expecting him to arrive sometime around Christmas.