The World of the Spathi Princess 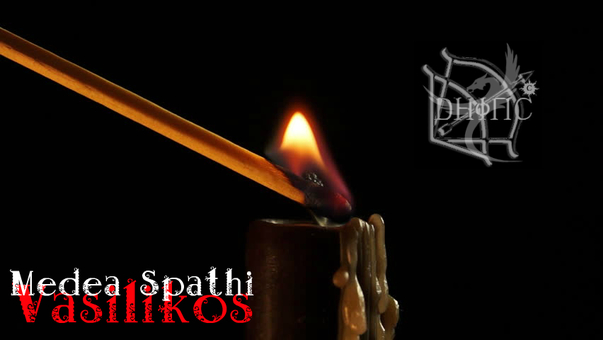 Lighting a Candle for Praxis
::I pulled my cowl over to cover my head as I fastened it close, I pulled my candle and dagger slipping them into my boots. I looked around to make sure that no one was around as I headed out the back way towards the temple. My beloved Praxis's birthday was coming up and I had to do something. I could not simply leave him. I bit my bottom lip as I wiped a tear that had fallen even after all this time it still hurt. He was my world for the short time he was here and the humans killed him mercilessly for something that my son had no control over. I was still haunted by the images of what those savages did yanking him like he was little more than a rag doll instead of a child. I couldn't cry not right this moment Metera would hear and I had to do this alone. I climbed up the steps as I place the candle down on the alter and sat down below it. I grabbed the taper and moved to light it before lighting his candle. I ran my fingers over his plaque as I moved to kneel before it.::
::I said a silent prayer for him as I tried to imagine what his life would of been like if he had been allowed to live past the age of five. I allowed myself to cry as I wiped the tears, I would of been dead a long while if my life had gone according to plan with Evander. We would of died painfully at the ripe age of 27 in the other's arms surrounded by our son and his family. We would of been able to live a somewhat normal life. It was all Evander and I had wanted for our family. I pulled my dagger out of my boot before making a small incision on my forearm. I watched as my blood oozed and I stood up turning my arm over to let a few drops of my blood trickle upon Praxis's candle before moving to drop a few upon Evander's I sank back to the floor looking at what was the missing chunks of my heart. I ran my fingers over their names.:: S'agapo. ::I moved to look at my son's name and gave it a pained smile.:: There is not a day that goes by that I do not miss you my son, even though vengeance has been won for the wrong that was done to you. I will never stop my thirst for as long as I live. ::I said softly as I moved to kiss his name hearing someone behind me. I turned to see Akra Apollymi.:: Akra. ::I said nodding my head at her as she nodded at me.::

It is that time of the year Medea. ::I nodded looking back at my son's candle.:: So it would appear. ::She looked at me and nodded.:: I shall grieve with you. ::Dea nodded her head as she stayed put looking at her son, this was something the two of them shared. The loss of a child, though Acheron was still alive and well she would never be able to hold him to her, and I will never be able to hold my son to me. Not again.::
​
::I knelt there for some time before I finally rose wiping my face of any more tears, I pulled the cowl over my head before ducking out of the temple and headed back to my chambers. I knew what I would do once I got to my chamber, I would dress for training. I would continue to train until my body wanted to pass out from sheer exhaustion, then I would repeat the process until his birthday was passed. I only had a few days that I would need to numb myself, and that is what I would do.::